A second cook with the MEATER. This time a big joint of beef.

For a look at the unboxing and a bit more detail on the app, please see MEATER.

The Meat and Veg

A nice big juicy lump of prime British Topside Beef. With a medley of Potatoes, Carrots and Shallots. 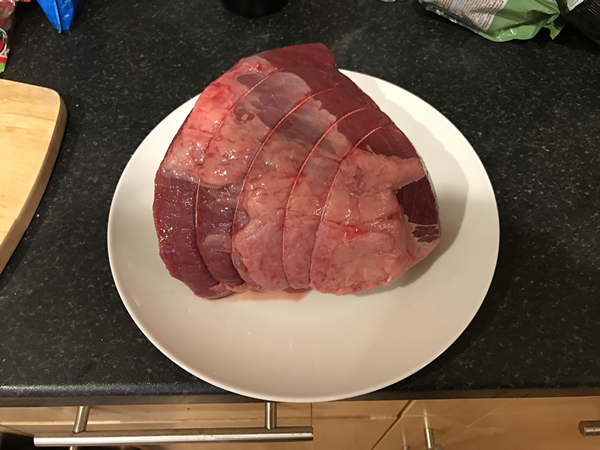 As before, the MEATER probe was the perfect size for the cut of meat. Just big enough to be fully in. 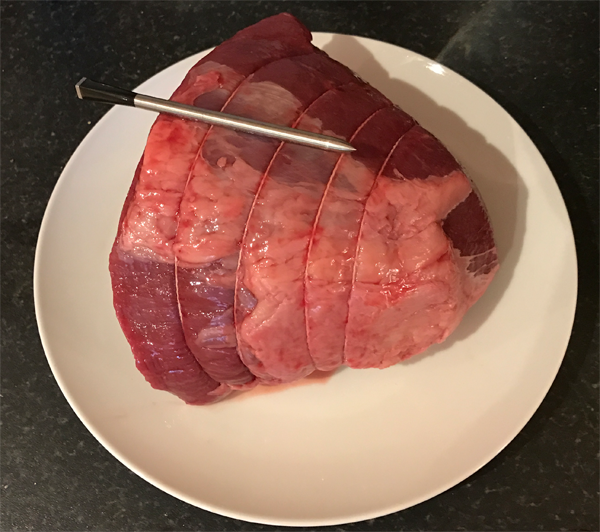 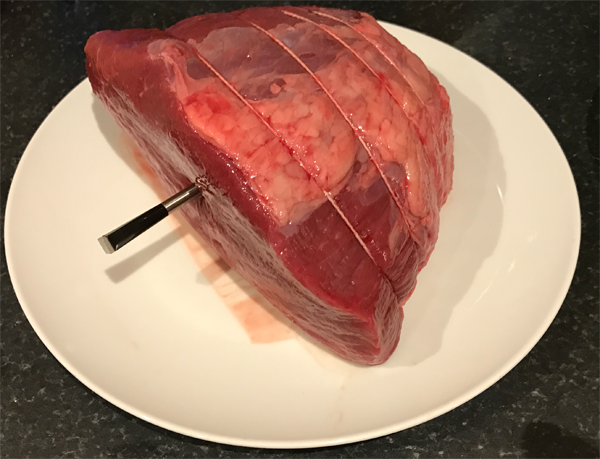 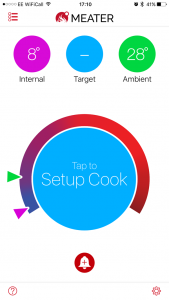 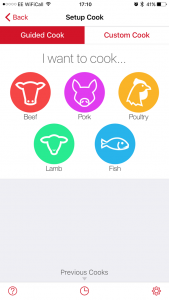 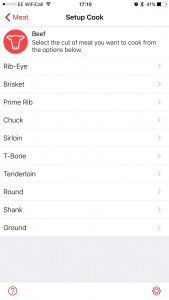 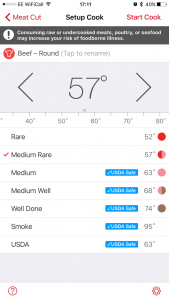 One thing i did use in the first cook is the alert functionality. This time I needed to make sure the Potatoes and Veg went in at the correct time, as I had no idea about the time this thing would take to cook, the alerts came in really handy. 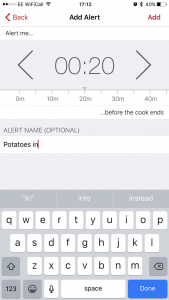 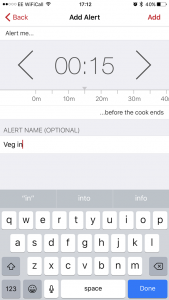 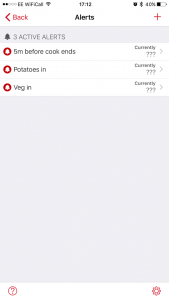 The oven was set to 190°C on fan assist and the meat was seasoned and ready to go! As you can see from the data output, the meat was ready to come out at around 1h10mins, at this point the alerts for the Potatoes and Veg had not been raised, but the resting time was sufficient to cook the potatoes for 20 mins and the veg for 15 mins. 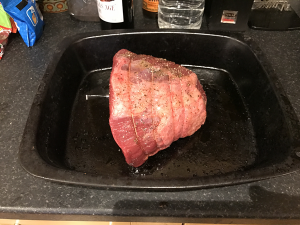 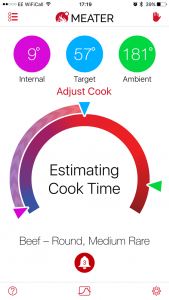 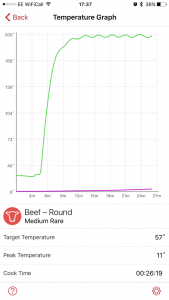 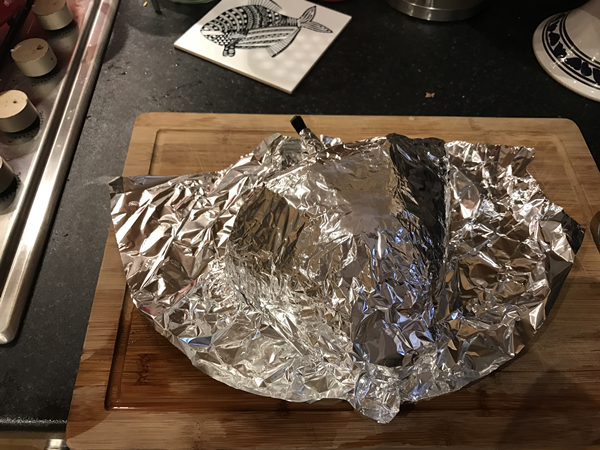 It’s out and covered for rest! 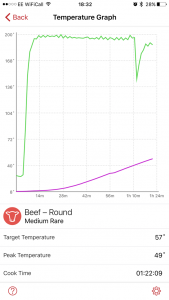 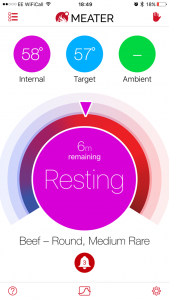 After cooking, as you can see above, I wrapped the joint in tinfoil (as per standard practice) to stand. The resting temp then proceeded to rise and cook the joint to medium. The app told me that the meat was now “overcooked” and done to medium. I can attribute the overcook to the tinfoil wrap that, as tinfoil does, kept the heat in rather than cooling the meat faster. The end result was, however, a pretty good medium roasted Topside of Beef. 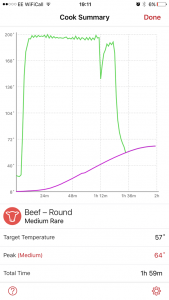 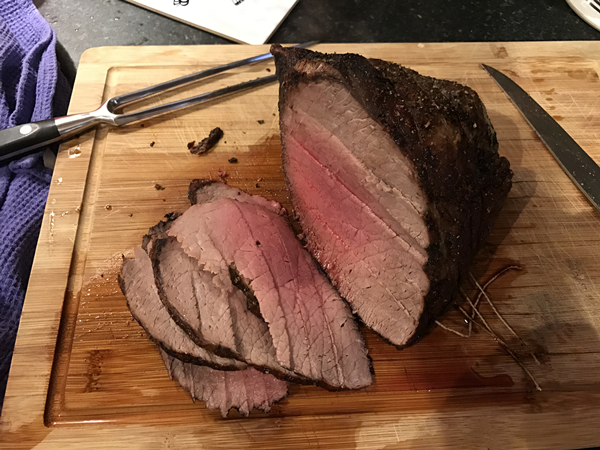 Does it make the cut? 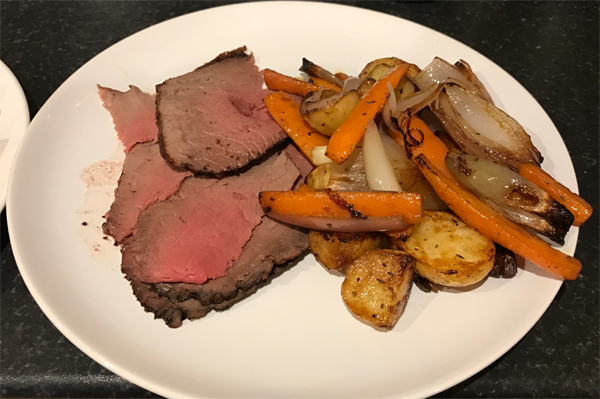 The meal itself was good.

The promise of Beef, Stilton and chutney sandwiches for the week to come is almost better!

This site uses Akismet to reduce spam. Learn how your comment data is processed.